Skip to the content
Home > About Us > Education and Awareness > What Happens to the Waste We Can’t Recycle?

WHAT HAPPENS TO THE WASTE WE CAN’T RECYCLE?

Residual waste is the ‘black bin bag’ waste which contains everything that currently can’t be recycled. The rubbish is collected from the kerbside by your local council and brought to the Rail Transfer Loading Station, also known as the RTLS, in Kirkby. Around 16,000 wheelie bins of rubbish are taken to the RTLS each day. 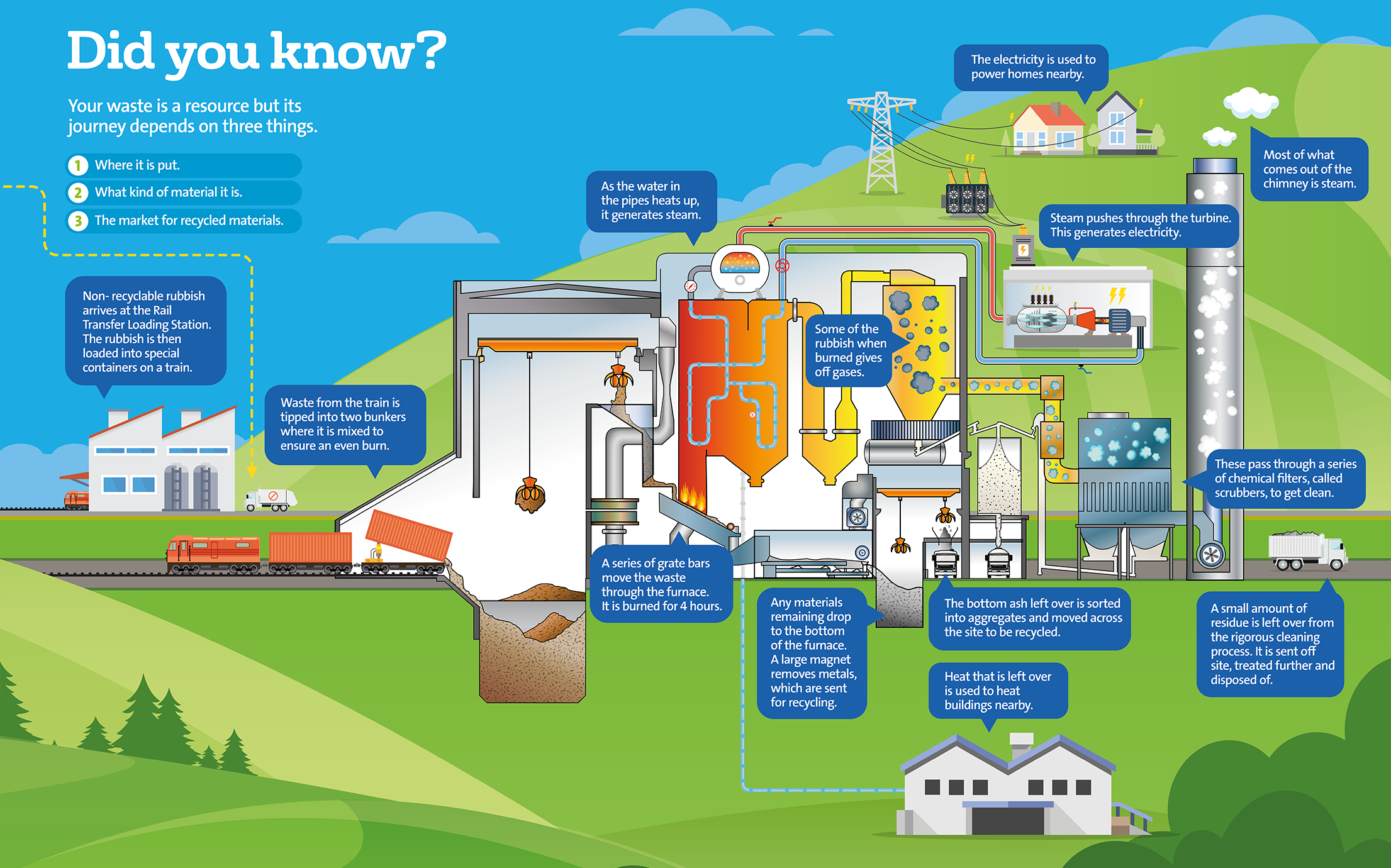 Upon arrival the waste is emptied into two large bunkers and a crane is used to drop and tightly pack the waste into containers. These are then loaded onto a train.

When the train arrives at our Energy from Waste Facility at Wilton, the containers of waste are emptied into a large waste storage bunker, where a grab crane picks up and mixes the waste together. This creates a homogeneous mixture of waste to ensure everything burns evenly.

The waste is then dropped into a furnace which burns at very high temperatures, around 1200° Celsius, for about 4 hours.

This heating process generates steam. Half of the steam produced is sold onto local industries, and the rest is pushed through the turbine to produce electricity.

Any materials remaining drop to the bottom of the furnace. A large magnet removes metals, which are sent for recycling.

The ash moves across site on a conveyor belt and is sorted. It’s then sold on to the construction industry to make our roads and buildings.

Finally, any gases left over are sent through a rigorous cleaning process, and the chimneys release what is in effect pure steam.

TO FIND OUT MORE GO TO: www.suezmerseyside.co.uk